The buttock implants are used to transform flat buttocks. The implants are filled either with a silicone gel. Round or oval, they are covered with a smooth or irregular silicone membrane (called textured) to avoid travel and fibrous hulls that make it very hard and painful buttocks. The choice of form is based on the desire of each patient, the morphology of her pelvis and buttocks. These implants also exist in different widths .Les implants correct only the upper part of the buttocks, because of the passage of the sciatic nerve in the middle of the buttock. The prothesis is must not be in contact. The operation is performed in the clinic under general anesthesia and takes about an hour and a half. The patient is installed on his stomach before an incision 5 cm in the cleft to introduce the prosthesis, after detachment of the superficial muscles and means. The patient usually stays two nights in the clinic, still lying on her stomach, only permitted with the standing position during the first two weeks position: it should never be sitting on the prothèse.the short scars are hidden in the gluteal fold and easy to correct. This is a slightly painful procedure requiring the taking of analgesics for fifteen days. No return to work before then and no sport for a month and a half. There may be movement of the prothesis, if not rare resumed activity too early which require a second operation. The lifetime of the implant is greater than fifteen.

Buttock augmentation with fat grafting: Many people who desire a fuller, more rounded buttock will opt for a “Brazilian butt lift,” which uses fat transfer to provide a more curvaceous buttock without the use of an implant. Liposuction is commonly used to both sculpt the surrounding area and collect the autologous fat to be injected. 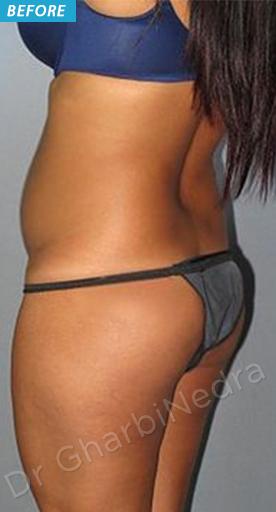 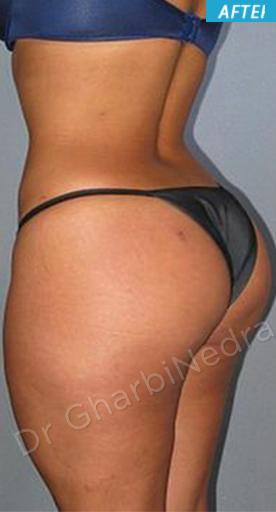