Breast ptosis is the weighing of the breast gland causing a stretching of the surrounding skin and a global sagging of the breast. The breast lies in a too low position and is flattened in its upper part.
Breast ptosis can be present from the start, or appear after weight loss or preagnancy with breast feeding. It can be isolated (pure ptosis) or associated to mammar hypertrophy.
Conversely, there can be a ptosis with a small breast (hypoplasia or hypotrophic).

The aim of this operation is to elevate the nipple and areola to a more youthful position, tighten the gland and remove excess skin, in order to obtain lifted and harmoniously shaped breast

The operation shapes the breast by stretching the skin envelope and concentrating the glandular tissue. The gland is concentrated and put back in proper position, after removal of the skin excess, thus placing the nipple and areola back in a youthful position

The skin incisions are sutured and cause scars.

When the ptosis is very severe, the scars have an anchor shape, with a peri-areolar scar between the brown and white skin, a vertical scar from the areola down to the bottom fold of the breast (infra-mammary fold). The length of the horizontal scar is proportional to the severity of the sagging.

When the ptosis is milder, an isolated vertical scar method can be used, thus avoiding the horizontal scar in the bottom fold and leaving only the peri-areolar and vertical scars.

In some very mild breast ptosis, it is possible to use a concentric (or doughnut) mastopexy, which leaves only one scar around the areola.

Finally, in case of a too small breast volume (mammar hypoplasia), breast implants can be added, to restore a satisfying breast volume. In this case, it is usually possible to remove the excess skin around the areola and reduce the scar only to a peri-areolar scar

Mammoplasty may be performed from the end of adolescence, when growth has ended, throughout life.

A further pregnancy or breast-feeding are possible, but we advise to wait for a minimum of 6 months after surgery.

It can be best appreciated one year after the procedure: the breasts are usually harmoniously shaped, symmetrical and have a natural shape. Besides the physical improvement, this operation usually has a positive effect on weight control, exercise, clothing and psychological health.
• POSSIBLE COMPLICATIONS

Mastopexy, even if performed for aesthetic reasons, is a genuine surgical procedure, with the consequent risks related to all medical acts, no matter how mild they might appear.

Post-operative care is usually simple after a Mastopexy. However, complications may occur: some are general, inherent to every surgical act, others are local and most commonly occur in very larges breasts.

Fortunately, genuine complications are rare after a properly performed mammoplasty. In fact, the vast majority of operations meet the patient’s satisfaction. 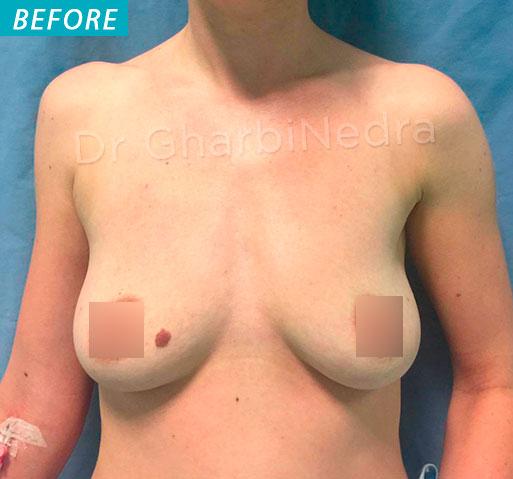 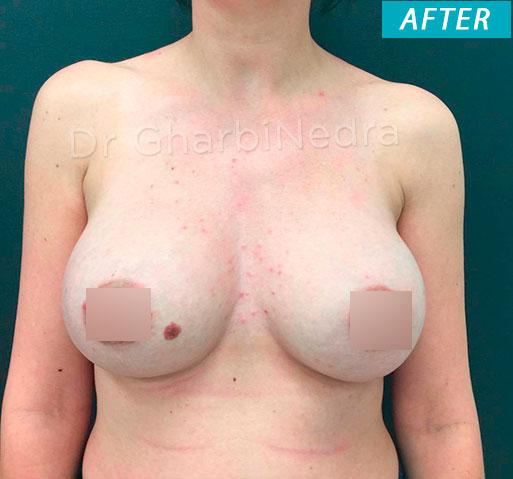 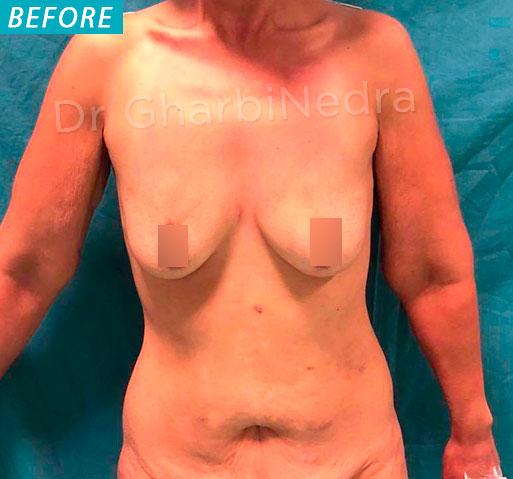 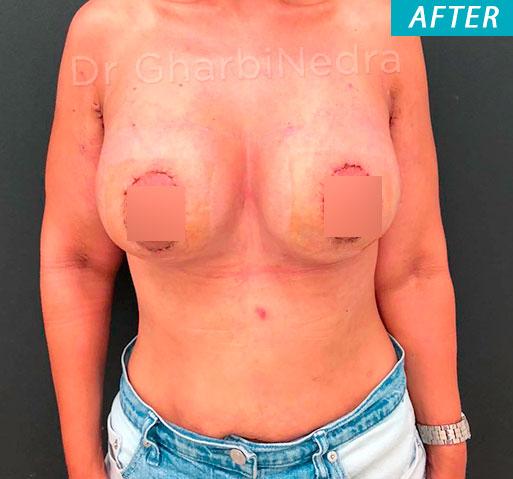 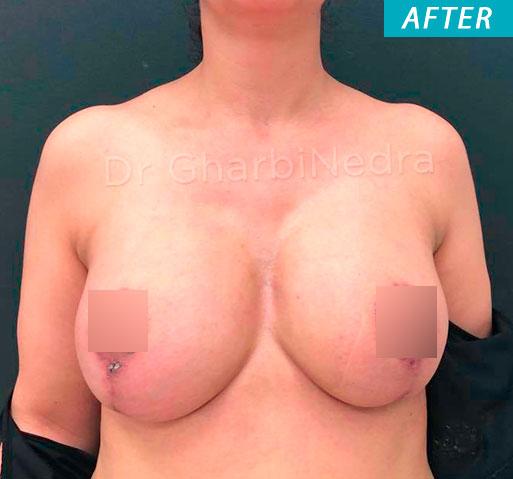