Rhinoplasty is a common intervention, is still quite delicate, nose surgery has evolved a lot in recent years, it seeks less today to reduce the size of the nose than to balance it, to put the nose in harmony with the face.

The most frequent anomalies are: the “bosses”, deviations of the nose, of the nasal septum with respiratory discomfort and the flattened nose, The intervention can be carried out as soon as the growth is finished at 15 years especially when there is a deformation with significant psychological impact.

It consists in acting on the bone and the cartilages of the nose which give it a particular shape. The evolution of techniques makes it possible to obtain natural noses with good respiratory function.

Before the intervention: The surgeon DR GHARBI NEDRA you ask to take medical photos and draw with you your new profile.

The procedure: It is most often performed under general anesthesia. The incisions are most often made inside the nose, sometimes under the nose. Through these incisions, the surgeon will reduce a bump, reshape the cartilage, correct a deviation of the nasal septum using the photographic project established with the patient. Rhinoplasty can be associated with a gesture on the chin, which consists of genioplasty . to have a harmonious profile At the end of the intervention, the surgeon encountered wicks in the nostrils and a plaster cast.

The postoperative procedure The intervention is not very painful. The exit is authorized after 1 to 2 days. The wicks are removed after one day most often. There is especially a respiratory discomfort the first days and the surgeon prescribes washes with physiological saline. You should not blow your nose or wear glasses for about 15 days. The plaster is removed around the 10th day. There are often bruises (bruises) on the eyelids and cheeks; they disappear in about 2 weeks.

You must avoid “fiddling” with your nose and any violent sport for 2 months; You start to see the result after 15 days but the nose remains a little swollen for about 2 months. The result was not really seen as final until after 1 year. Complications are rare.

This intervention gives a lot of satisfaction in terms of the profile of the face. 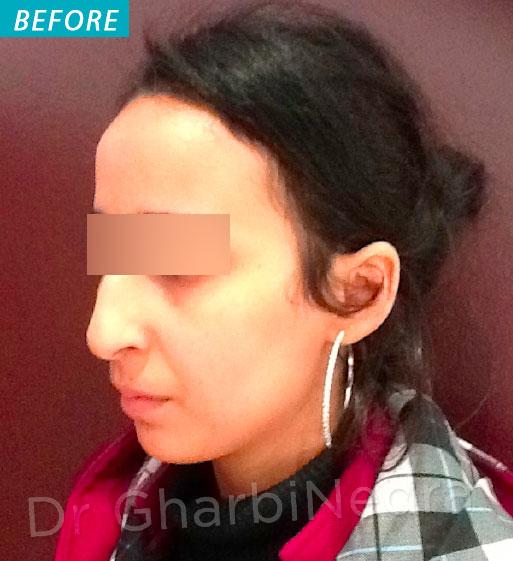 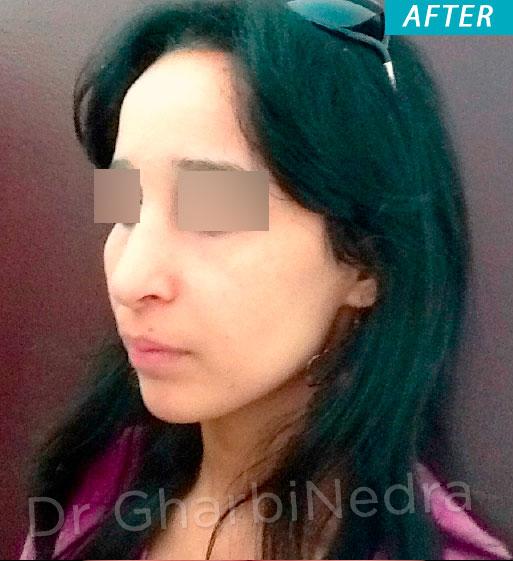 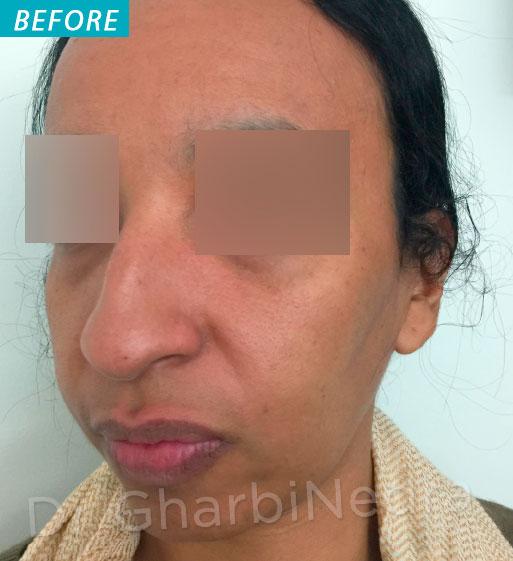 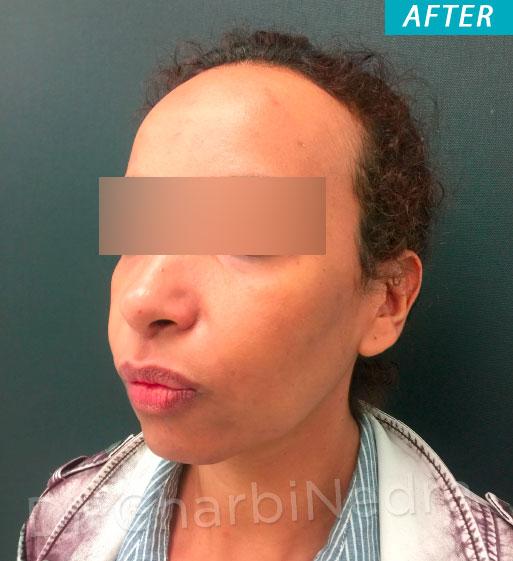